The Most Durable Bed Ever Made: U.S. Military Bunkable Bed 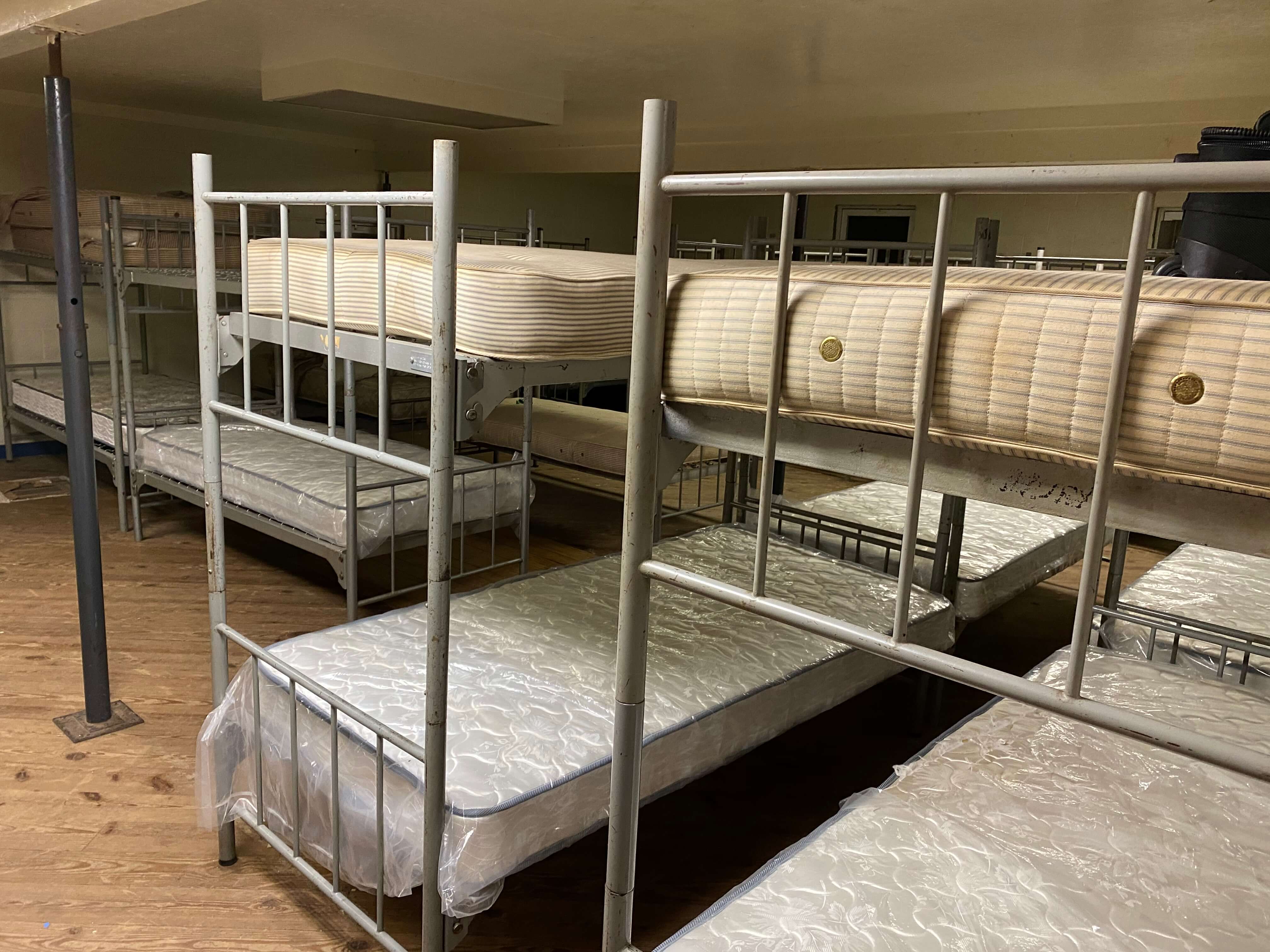 The Most Durable Bed Ever Made: U.S. Military Bunkable Bed

If you’re looking for equipment that’s built tough and made to last, look no further than the military. Anyone with military service under their belt surely has vivid memories of basic training and the utilitarian double bunk beds (“racks” if you were in the Navy) that welcomed your bruised and battered body after long hours of marching, field drills and training exercises. Even if you didn’t serve, you probably know someone who did. Those infamous vintage military bunk beds were designed strictly for utilitarian use to save space and endure for years. 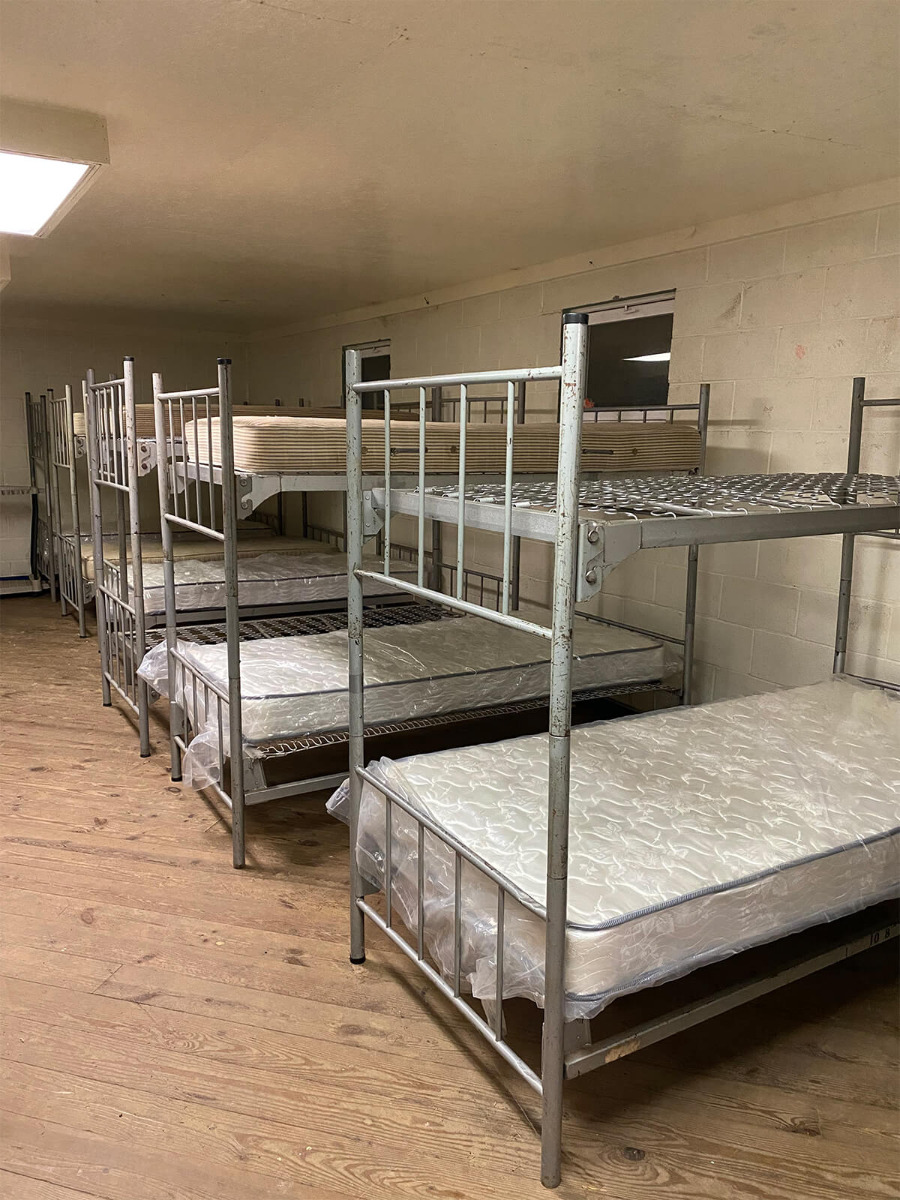 As tight as sleeping quarters are today in military barracks or aboard ship, that’s nothing compared to the early 1800s when soldiers were merely provided straw and a blanket. In the mid-1800s, wooden double bunks were implemented. According to the National Museum of the U.S. Army,* the beds were “5 feet 10 inches in length and just 4 feet in width, each level, or ‘crib’ as it was called, was intended to accommodate two soldiers positioned with their head next to the feet of the bunkmate. Some bunks were constructed three tiers high and a few are known to have been wide enough to accommodate three men on each level.”

In an 1870 report, U.S. Army assistant surgeon Capt. John Billings recommended abolishing the wooden beds in an effort to improve hygiene and reduce overcrowding. By 1875, single iron bunks were introduced for all enlisted soldiers. In the ten years that followed, sheets and pillows were also added, and straw-filled sacks were replaced with spring mattresses. 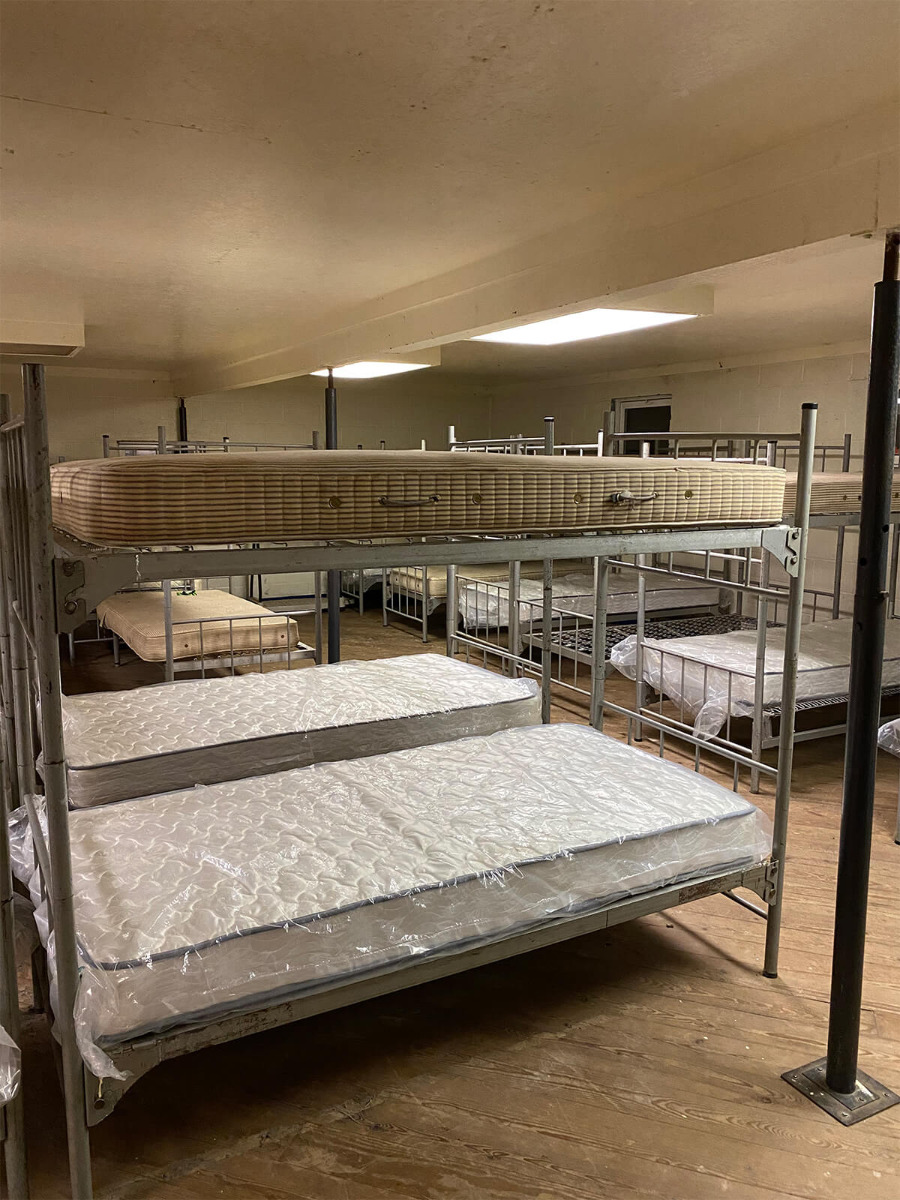 After 150 years, the use of metal bunk beds is still as practical as ever. This is true because metal beds are virtually indestructible and can outlast wooden beds, especially in situations where the bunks will take lots of abuse. Heavy-duty military metal beds, especially “bunkable” beds which can be stacked, are tailor made for youth camps, large farming operations or ranches using live-in farm workers, group homes, and families looking for beds that will take a substantial amount of abuse from rough and rowdy kids. But where can you find military surplus beds for sale?

True military bunk beds — not substandard knockoffs — are hard to find. Especially difficult to find are military metal beds that can be stacked to create bunk beds. Coleman’s is proud to offer genuine U.S. Military Metal Beds that check all these boxes. One bed measures 78½ in. long, 35¼ in. wide, and 28½ in. high. With the beds set up as bunks they measure 68 in. high. Two end sections can be removed from the bed and “bunked” with our four metal connectors (which we offer) on the top of the bottom bed post that can be added or removed. 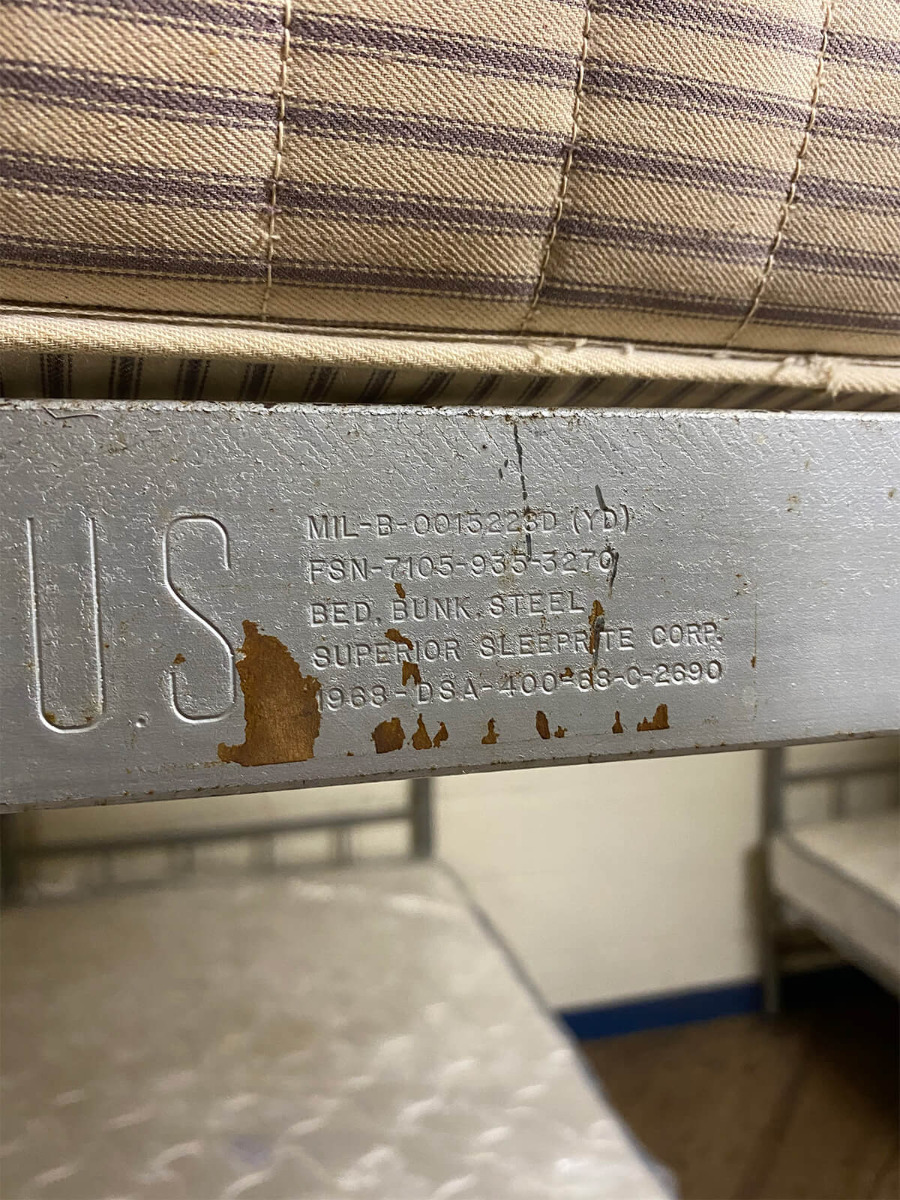 Although these beds were used, they are in good condition with minor surface rust. Quantity discounts apply, so give us a call to place an order. These metal beds are so indestructible that they may be the last beds you ever buy!